Retail trade shows 2015. As the first half of the year is over it’s worth taking a look at some of the key messages which came out of six months’ worth of retail shows around the world. As well as the familiar technology-driven developments in marketing, online sales and payments, there’s been an interesting call to remember New Zealand’s ageing population. Here’s our roundup of Retail Trade Shows 2015. 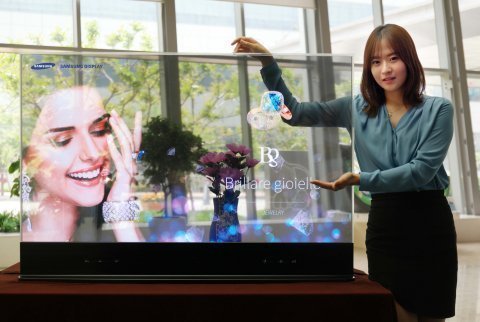 Samsung stole all the headlines when it unveiled the commercial use of its Mirror and Transparent OLED screens – and bringing a bit of Minority Report futurism into the retail arena.

By pairing the screen with front and rear-facing cameras which can trace facial and hand movements as well as including a snapshot camera which allows backgrounds to be altered, Samsung created a “virtual fitting room” where customers could try on clothing, shoes and jewellery virtually.

The company hopes to integrate the transparent display with RealSense tech which would allow voice-controlled 3D-rotatable viewing systems – perfect if you want to see how you look in your new car, your new dress, or your new shoes.

Retail Australasia in Auckland (May 19-20)

The figures were startling with our current 600,000 65-plus population becoming 1.1 million by 2031 and places such as Northland and Nelson having more than a quarter of their residents in that age bracket.

“It has big implications as the population ages and changes and it will be just a gradual change but in 20 years time we don’t want to be sitting there saying ‘where the hell did the customers go?’ because that’s what we face happening,” Albertson said.

He warned retailers not to pick between a physical presence and selling online. “They’re simply two different channels of retail and you have to work out how to make both work for you,” he said.

The star attraction at the Retail Tech X conference as part of Melbourne’s Customer Show was former CEO of UK retail giant Tesco, Sir Terry Leahy, who concentrated on how he turned the company from third to first in the market by harnessing “big data”.

The earliest incarnation of Tesco’s understanding of its customer base was its loyalty card, which allowed the company to increase the productivity of their marketing “between 300 and 1000%” because it “was so effective”, and respond to customers’ demands.

But he warned that “big data” was only useful if organisations give leadership positions to people who understand the information they’re gathering.

“Knowing is not enough – you actually have to do something about what you know about customers,” he said. “You have to change the organisation. And it does need different decision-making structures actually to respond to data. It’s got to be actionable or it’s of no value at all, and that takes leadership.”

There was still plenty of room among the techies for different takes on traditional point-of-sale display marketing at GlobalShop 2015, where Prolitec displayed its fragrance-branding (already used in Abercrombie & Fitch stores in the US), and customised temporary retail displays included a lifeguard stand, lit-up palm trees and a 20ft silver rocket ship made from paper substrate.

Contact Us for more info about Retail Trade Shows 2015

For any queries about our range of products or a custom manufacturing project, fill in the contact form below and we’ll get back to you. Furthermore, you can give us a call at +64 9 634 5962 from 8:30 to 5:00 Monday to Friday.
Stay up to date with our latest updates by following us on Facebook, Twitter and LinkedIn!
Share:
Safe Food Presentation: Three Key Points for Working With Food
Previous Post 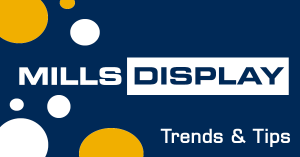 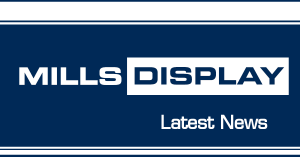